It's unanimous: inflation is going nuts and is the highest it's been since the 70's! Most people can't relate to this since they weren't even alive in the 70s (the average age in the US is about 38). Well, I was, and I'm here to report that once inflationary expectations become psychologically ingrained, they are extremely difficult to get rid of.

In the early 80s, Paul Volcker, the chairman of the Fed at the time, clamped down hard, sending mortgage rates to almost 17% in 1981.

Most of the Fed Governors lived through this early in their careers and have no desire to relive this experience. The recent 3/4 percentage point rate hike, with more hinted on the way if things don't calm down, is their effort to get inflation under control.

Personally, I'm not crazy about unanimous opinions about anything, much less economic statistics. And sure enough, commodity prices, a major driver of inflation, have been declining steeply since early June (in general, commodity prices don't get a lot of attention unless they are acting very extreme). The Goldman Sachs Commodity Index (GSCI) has declined 19.2% since June 8, the date when many commodities peaked. Energy, agricultural, and metals futures have all declined significantly:

Obviously, gasoline is the main item in most consumers' personal inflation index and the commodity that gets the most press. Its futures contracts have declined markedly since June 8th and have led to a slight moderation in retail prices (there is a lag between futures price movements and the price at the pump). 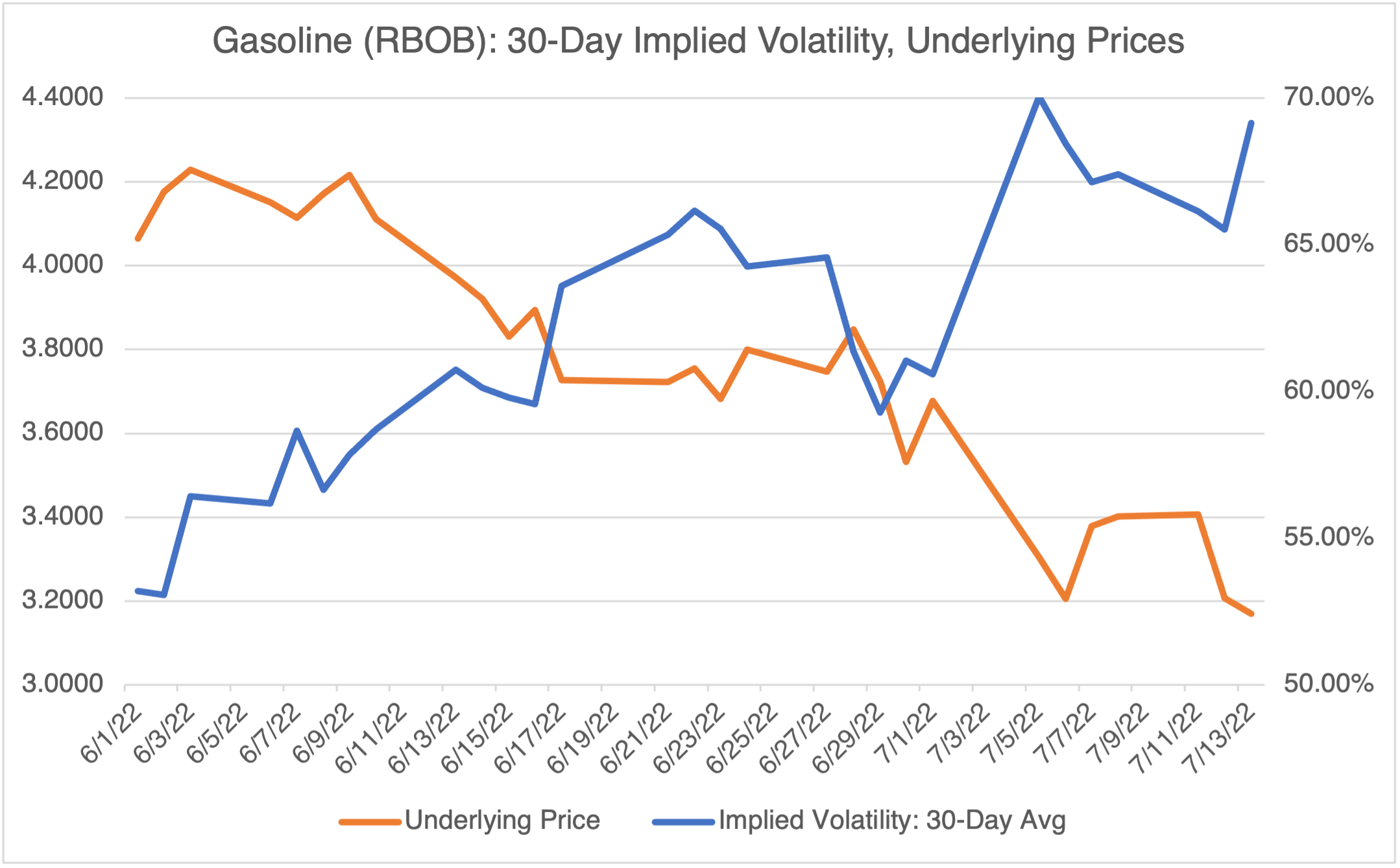 What's the net result of all this? If commodity prices are any indication, first, inflation may moderate in the coming months, and second, the Fed may be less aggressive in raising rates. Of course, both conclusions are dependent on commodities not resuming their year-long rally.